Good Morning! Happy Election Day!
As you know from the inescapable messages over your radio, television, newspapers, internet, mailboxes (snail mail, email, and text), door hangers, yard signs and billboards today is the day our nation exercises the most basic expression of its representative democracy by voting.  Across the states, governorships, senatorial and congressional seats, and a plethora of state and local offices hang in the balance.

Nationally, the balance of the makeup of both Houses of Congress, and thus control of those Houses, are at stake.  Things could dramatically change on the Federal Level today.
However, in California, a different dynamic is at work.  Although the Governorship and all statewide offices are up for vote, it is likely that there will be few surprises in the statewide races.  Governor Gavin Newsom will likely win a second term, and six of the seven statewide offices plus the US Senate seat are currently held by incumbents who probably will be reelected.  Only the state’s chief fiscal officer, the State Controller, is an “open” race between Lanhee Chen (Republican) and Malia Cohen (Democrat).

Seven statewide propositions are up for vote in California.  Measures dealing with abortion, gambling, arts and music education funding, kidney dialysis, a millionare tax to reduce air polution, and a referendum on flavored tobacco will all be decided by today’s vote.  These will likely provide better drama than the statewide races.

However, the real election drama in California in today’s election are the local races – Mayors, County Supervisors, City Councilmembers, the many “down-ticket” offices, and local measures.  While the LA Mayoral race always has both national and state impact, the local elections that affect the state the most are the votes for the members of the California State Legislature.  Every two years, each of the 80 members of the State Assembly, and half of the 40 members of the State Senate must stand for election.

The drama in the election is not over the balance of who will control the houses of the Legislature.  Democrats will continue to maintain their strong control over both houses.  The drama comes from a collision of the redistricting in 2020, and the changes to term limits approved by voters 10 years ago which is resulting in an unprecedented turnover in membership.

A quarter of the 40-member Senate is being replaced; seven members are being termed out of office and three others not seeking reelection.  No members of the 80-member Assembly are termed out, but 22 members opted not to seek reelection this year.  And the pressure builds this year becauses even the incumbents are running in legislative districts that were redrawn after the census.  So there are incumbents who have to run in different, newly-drawn districts with geographic boundaries that change the political, cultural and ethnic makeup of the constituents.  There are some new districts which pit incumbents against each other.

We will know the outcome of most of these races by late tonight, but invariably there are a handful that will be too tight to decide today.  In addition, the large number of absentee ballots often delays final tallies, adding to the suspense, and at times switching the lead and winner of a race.

What’s next for the 2022 Legislative Session & Beyond?

So what happens next after the November 8, election?  After the votes are tallied, and the elections are certified, the members take office and convene the new Legislature. 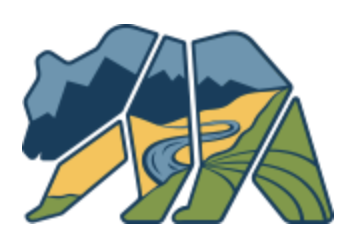 California Department of Conservation / Geological Survey is looking for Engineering Geologists to fill the following positions:

The Washington Geological Survey is now recruiting for a senior-level Landslide Hazards Geologist position. The successful candidate will work as part of a talented team mapping and characterizing landslide hazards across Washington State. This position will also lead the Survey’s Wildfire Associated Landslide Emergency Response Team (WALERT), assessing public safety related to geologic hazards after wildfires. The recruitment closes on 8/17/2022. If you know of anyone with this type of experience who might be interested, please send this info along. Questions can be directed to: Kate Mickelson, Landslide Hazards Program Manager.

Looking for a career at a fun, growing company? Join Cornerstone Earth Group!
Bay Area based- with offices in Sunnyvale and Walnut Creek

For more info and other opportunities: https://cornerstoneearth.com/careers/

When applying for this position please indicate your compensation expectations ($/hr). Cornerstone Earth Group provides pick-up trucks and a gas card or fuel reimbursement.
Driver’s license verification required; must have a satisfactory driving record in accordance with Cornerstone’s driving policy.
Relocation expenses are not provided.

For immediate consideration, email your cover letter and resume in confidence to careers@cornerstoneearth.com