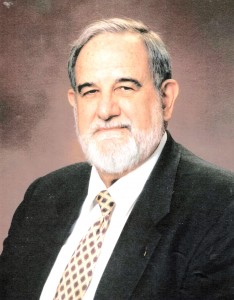 Noted SF Section member Mr. Robert Tepel will be honored this week at the National AEG Meeting in Salt Lake City, Utah.  Mr. Tepel has practiced engineering geology for over 45 years.  Now retired, he was employed through the years by the Design and Construction Branch of the California Department of Water Resources, W.A. Wahler & Associates, and Santa Clara Valley Water District.  He was appointed to the State Mining and Geology Board in 1999 by Governor Gray Davis and served two additional terms as an appointee of Governor Arnold Schwarzenegger.

He has a long history of service to AEG and other professional organizations.  He was a member of the AEG SF Section Board in 1982-1986, serving as Chair in 1984-1986.  He served on the AEG National Board as Secretary in 1991-1992, Vice-President in 1992-1993, and President in 1993-1994.  He currently serves on the Board of Directors of the AEG Foundation in the Finance Committee.  He founded the California Council of Geoscience Organizations in 1996.  He and his wife Alice are regular attendees to the San Francisco Section dinner meetings, even celebrating their wedding anniversary with the AEG Section during a dinner meeting!

In his retirement, Mr. Tepel has continued to promote and support professional licensure for geologists, publishing over 50 columns in AEG News and presenting this topic at Section and National AEG meetings and serving as an expert consultant in exam development workshops for the California Board of Professional Engineers, Land Surveyors, and Geologists.  He has additionally continued to look forward and help to shape the future of engineering geology, convening or co-convening professional practice symposia at AEG Annual Meetings with the theme “Visioning the Future of Engineering Geology” and presenting a session keynote speech at the International AEG Congress in 2006 in Nottingham, UK titled “The Core Attributes of Engineering Geology: a US Perspective.”

Mr. Tepel is a true role model to AEG and our profession.  Congratulations Bob!