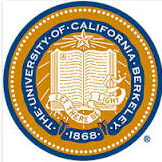 Stabilization of the Leaning Tower of Pisa: Engineering in the Preservation of a Historical Monument

Featured Speakers:
Prof. M. Jamiolkowski of the Technical University of Torino and
Prof. Carlo Viggiani of the University of Napoli Federico II

The Leaning Tower of Pisa, the bell tower of the Pisa cathedral, is one of the iconic structures of Italian architecture and renowned around the world. Construction started in 1173 AD and continued with interruptions until 1372 AD. The tower is founded on weak, highly compressible soils and it started tilting shortly after the start of construction. During the latter part of construction and ever since various, generally unsuccessful, attempts at stabilization were made until, in 1989, the tower was close to collapse. Emergency measures included closing of the tower to public, placing a lead counterweight at the base of the structure and attaching cables at mid-height. An international panel of experts was convened to evaluate all aspects of the structure with the aim of stabilizing the tower without disturbing or damaging its architectural beauty. The ultimate solution used a novel method of removing a volume of soil from underneath the foundation in order to return the tower to its 1838 AD tilt, thereby stabilizing it.

This presentation will provide a brief overview of the of the history of the tower and then address the unique technical aspects of the stabilization solution.

This presentation is co-sponsored by Arup and the Consulate General of Italy in San Francisco.